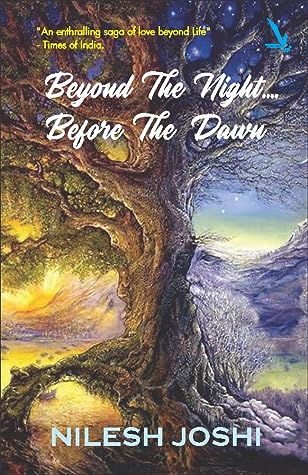 After the loss of his wife Ambika, Mumukshu is left deeply traumatized and reports to drugs. he is later found in a vegetative state at a railway station, where an old rag-picker takes him to his home where Mumukshu gradually recovers.

Eventually, the old man dies leaving Mumukshu alone once again. slowly Mumukshu realizes that the old man was much wiser than what he appeared to be. he soon starts teaching the slum children from where he is eventually invited to serve in well known NGO.

With his focus and dedication, Mumukshu becomes a well – known personality, yet he still feels a void inside him. One day almost 25 years post fateful incident of his wife’s demise, Mumukshu meets tara, a young reporter, who constantly reminds him of his late wife. As the bond between the two grows, Mumukshu must find out the truth behind the same and decode the mysteries of life as he stands at the crossroads once again.

Niles is a writer, a poet a philanthropist but most importantly a seeker. His first book ” Ladakh: Chronicles from the land of lamas ” which was published in 2009. “Beyond The Night. Before the Dawn” is an attempt from him to share his experiences and learnings through the aid of a comprehensible fictional narrative of love story stretching beyond life.

This book is way too deep. This book differs somewhat from the books I read previously. Its philosophical fiction. The story is emotional. The characters and their motivations are believable, and the plot although simple but it showcases the meaning of life and love.

It’s a story about love, death, and philosophy. Narration and language are very easy and can be read by a beginner. You can easily connect with characters and their emotions.

There really is too much to describe in this brief review. It is a very interesting novel, and I highly recommend it.

Have you read the book? Are you familiar with the author’s work?

hello ! I m a major lover of book and my pass time is too read books . I love to cook also . and this blog is my first book blog and I will be posting soon.. ☺ View more posts